In November 2019, a group of students from Melksham Oak attended a book release for Richard Dawkins’ new book: Outgrowing God.

This was a fantastic opportunity to hear some great points made by Dawkins, an evolutionary biologist and atheist, for Melksham Oak’s Philosophy & Ethics and Biology students. His background in science has allowed him to argue well by providing evidence for his points, which he believes is a skill that many more young people should have and should be taught.

It was a wonderful experience for all the students involved, and it was inspiring to see him in person talking about why his book is important for all young people. One student recalled the trip, saying, “I really enjoyed seeing Richard Dawkins, it was exciting seeing the actual author of the book I'm now obsessed with and can't seem to put down. It's also given me insight into such a remarkable mind.”

This was a chance for us to gain a greater insight into the subjects we are studying for GCSE and A Level and encouraged us to have some great philosophical debates on the way home. 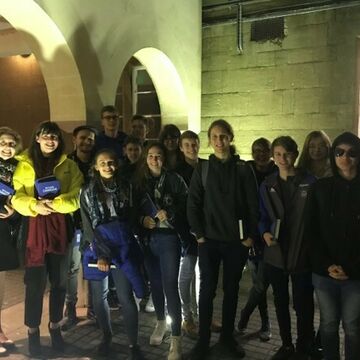